Three amazing Grand Rapids stories you might have missed

by j_crosby
Comments are off 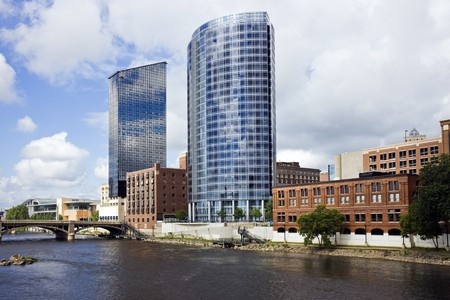 As 2015 fades in the rear view and a new year arrives, Grand Rapids residents have plenty of reasons to be proud of their city. Sure, many people think of Detroit or the Great Lakes when they hear the word “Michigan,” and that’s all well and good. We’re just convinced we have it best right here in the western part of the state.

We’ve all been busy this holiday season, so our team at Grand Rapids Label thought we’d share just a few amazing news stories you might have missed. Each of them reflects the rich character of our city that we can’t help but love.

Oh So Jolly. That’s right: Grand Rapids recently earned the title of jolliest city in America, beating out places such as San Francisco and Washington, D.C. We’re proud of our Midwestern heritage and know we’re the best place on the map to show what true joy looks like. It’s true the designation applies to the Christmas season specifically, but our jolly spirit can be seen year-round in the many ways people volunteer and show leadership throughout the community.

Energy Leadership. On the heels of the recent Paris climate summit, a group of downtown Grand Rapids businesses announced they’ll aim to cut energy usage 50 percent over the next 15 years. “It feels like the acceleration of a series of small things,” said Mayor George Heartwell, as quoted in Midwest Energy News. At Grand Rapids Label, we believe sustainable business practices are critical to the future of our company and region. It’s essential to support one another as we work toward a better tomorrow for the next generation.

Friendly Skies. From the ground level to the sky overhead, Grand Rapids is a trendsetter. Consider that our Gerald R. Ford International Airport set numerous records in 2015. By May alone, 1 million people had already traveled through the facility. It’s hard to say goodbye to our city when it’s time to travel, but it’s nice to know we’re a hub for people throughout our city, nation and world. In Grand Rapids, we’re opening doors to incredible opportunities.

Isn’t Grand Rapids amazing? From all of us at Grand Rapids Label, have a very happy new year. We can’t wait to see what 2016 brings for our community!

Labels that help you tell your story
No Responses.

Go to lunch! Why a mid-day getaway is so important
No Responses.

Four facts about Grand Rapids’ very own president
No Responses.

How robots are changing the labeling industry
No Responses.

News you can use from the labeling industry
No Responses.